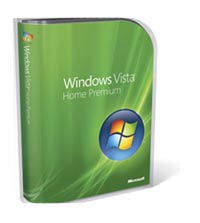 I’ve been working with Vista almost every day now for nearly 6 months and my impressions of the newest OS from Microsoft haven’t deviated much from my initial impressions. I continue to be plagued by problems and anomalies which seem to have no concrete origin.

I particularly enjoy how it handles the various sounds emanating from my machine. Having the ability to control audio levels from every device connected to it, as well as individual applications is a bonus. This keeps me from being blasted out of my chair while wearing headphones when someone logs in on Google Talk or Messenger.

I would say it is just as fast as my XP desktop too. With a 4 gb thumbdrive installed as RAM Boost, the machine sails right through large Photoshop files and plays all of my favorite games (except one, Halo 2). If the rumors about SP 1 having a performance and memory management gain, Vista will be quite fast. All of the built-in tools I have used perform well, and there seems to be genuine improvements within the operating system itself. I have run into many fewer inherent glitches within the OS; in fact I can’t really think of any. All of my USB devices hook right up and are easily accessible, save one – my Western Digital 500 gb drive. Every now and again it falls off the world and I have to unplug it and turn it off to get it back; something it has never done on XP.

The majority of the applications I use work just fine under Vista as well. WS-FTP hates Vista, and will not run. I initially had trouble with the entire Adobe CS3 suite on an install of Vista Business Ultimate, as well as Flex Builder 2 not working. Those are the only ones I have had trouble with though.

Driver compatibility. Probably 80% or more of the trouble, headaches, and unplanned rebuilds have been due to drivers that flat-out do not work in Vista. I recently made the rookie mistake of updating my audio device drivers through Windows Update – boy that was just dumb. Even though device manager said the device was "working properly", I had no sound. So I rolled back the drivers, and then had to unplug the plugs and rearrange them to get the 5.1 surround to function again. I had to do this originally too, when I first installed it so it shouldn’t have come as a surprise….

I still have no RAID support, but that’s more on ASUS than Microsoft.

Then we come to Halo 2. WTF!? Microsoft sells this game under their own moniker and it hardly works right. Half the time I would get an error message that some Halo app was running and the game would need to be reinstalled; and the other half would work fine 80% of the time or just randomly quit. The I tried to use a LIVE account and hehehe… yeah right. What a joke. Halo dies every time I try and login in to any real or fictional account. After installing the latest patch, the game doesn’t run at all. Way to go guys!

The biggest disappointment is how many incompatibilities in general there are, and when it comes right down to it there is enough blame to go around. It’ snot completely fair to blame Microsoft because every Tom, Dick and Harry is incapable of writing solid drivers for their new OS. Especially an OS so plagued with set-backs and postponed releases; it’s hard to believe that all of these other guys didn’t have adequate time and resources to get their code solid before release time. What lands squarely in their lap is when their own products don’t act right, and fail. Halo is one example, Office 2007 is another. I have fought with Office 2007 and Visual Studio in particular throughout my recent life as a developer. Both products are top notch unless you have trouble. My advice? Clean install. Period. Don’t ever upgrade anything.

All of this garbage combined has led me down the path of deciding if I really want to switch to the Mac platform entirely. I so very seldom have problems on my laptop it’s almost non-existent. The stopping point is the price, but what I guess I have to decide is Microsoft and Windows worth the trouble?

:: side note ::
Maybe your Vista woes are actually nVidia’s fault?