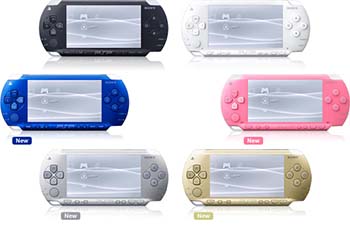 This is the second time that Sony has arbitrarily decided that Americans are not vain enough to want various colors in their electronic products, and left the color variations to only Japanese consumers.

First, they started offering the little pocket cameras like the DSC-T5 in only Black or Silver (with several cool additional colors available abroad), now they totally dis the PSP market by offering only Black to the US. WTF! Even Apple has this crap figured out, how many colors are the Nanos and Shuffles available in now? Hell, even if they had just added White to the listing it would have been better than nothing. Jerks!

I would have bought the White one in a New York Minute, and the new Silver one is flippin sweet!

New Sony PSP Accessories – also not available in the US

There are a couple of new accessories coming available soon as well, although the arrival to the States is unknown, the folks over in Japan can get the Chotto Shot digital camera, or the GPS unit, which will work some game titles as well as with some Navigation software. They both seem to be selling for under $60.00 each, with the GPS being the most pricey at $59.99; leaving the camera at $49.99.

The Camera (with Chotto Shot software) is a bit underpowered at 1.3 million pixels, but for 50 bucks – it would be a fun toy to have. 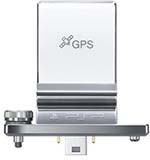 I’m not sure about the GPS unit though. How it would work and be even remotely cool with a game like Metal Gear, is a bit unclear to me – but maybe that’s because I am not 12. Now, if it is something that you could use to go Geocaching or something like that – I could see it being cool. I would imagine they wouldn’t be stupid enough to not enable it make this device actually useful, would they? I mean if you look at the lousy web browsing this thing has – I shouldn’t be surprised to find that they screwed the hog on the GPS functionality too.

It’s exactly this sort of short-sightedness that got them into the pickle they are in now with the PS3. No one wants to pay that much money for a damned gaming console. I think I would rather get a Wii, less money and a much cooler and intuitive user control base – and not $600.00 for the top model.

I’m even tempted at times to buy a DS Lite. I can get it in colors (like White – which I would get), you can get Opera for both the DS and the Wii, plus Legend of Zelda and Mario Brothers are awesome games.

If everyone else is selling their gadgets in colors, not having them available for your stuff Sony; doesn’t make you cool – it makes you an idiot. Get with the program and realize that your image is fading fast, and some damage control is in order before you guys get to meet the Dodos personally.

1 thought on “Sony marketing misses the mark in US”